It is hard to find just one field where computers have not been found to have any use whatsoever. Ever since they came to be, computers started to be implemented in almost any imaginable area, ranging 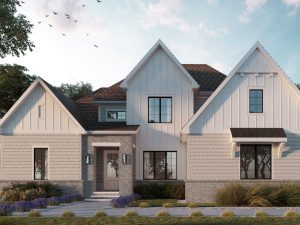 from vehicles to fields such as engineering or medicine. So it is really no surprise to find new technologies being implemented when it comes to architectural designs for new homes and buildings. What is more important regarding the use of computers for architecture is the fact that is has allowed us to design homes in three-dimensional environments, thereby making the designing process a lot easier than if it was to be done on paper. There are several benefits of using 3D architectural renders nowadays, making them pretty much a staple in modern architecture and home building projects:

Ideal for Presentations
3D rending is hands down the best way to represent a building bar from actually constructing it. In fact, you can pretty much include anything in the model, ranging from small details to all major components, including rooms, fixtures, piping, electrical systems, etc. Thus, a 3D rendering can give you a general idea of what to expect from a new building design, thereby making it very useful to the likes of presentations.

Highly Cost Effective
While 3D rendering has been around for quite a while in the field of architecture and construction, the highly prohibitive costs put it out of reach of most common people. But now the situation is totally different, and you have a computerized model of your new building plan realized in a 3D environment for a very reasonable amount of money. Thus, most architectural firms are able to provide these services nowadays.

Portability
Due to the fact that 3D architectural visualisation makes uses of virtual models, you can easily transfer them from computer to computer by copying relevant files. This makes 3D renderings far more easy to distribute than even physical drawings. You just need the original files (or their copies) and a device that can read the file format.

Useful for Identifying Problems
The reason why architects often come up with a few plans before putting out their final one is because they may identify several defects in the first few designs, which will then be corrected in the next phase in order to make the final model almost error-free. 3D renderings only serve to speed up this process, as it is more convenient to make little changes here and there instead of redrawing an entire plan from scratch.As you can see, 3D modeling doesnt just benefit architects: in fact, customers may be able to find just as many advantages, if not more, when they decide to have their new building plans visualized in a 3D render. For more information, please click here.

This website uses cookies to improve your experience while you navigate through the website. Out of these cookies, the cookies that are categorized as necessary are stored on your browser as they are essential for the working of basic functionalities of the website. We also use third-party cookies that help us analyze and understand how you use this website. These cookies will be stored in your browser only with your consent. You also have the option to opt-out of these cookies. But opting out of some of these cookies may have an effect on your browsing experience.
Necessary Always Enabled
Necessary cookies are absolutely essential for the website to function properly. This category only includes cookies that ensures basic functionalities and security features of the website. These cookies do not store any personal information.
Non-necessary
Any cookies that may not be particularly necessary for the website to function and is used specifically to collect user personal data via analytics, ads, other embedded contents are termed as non-necessary cookies. It is mandatory to procure user consent prior to running these cookies on your website.
SAVE & ACCEPT
0 shares